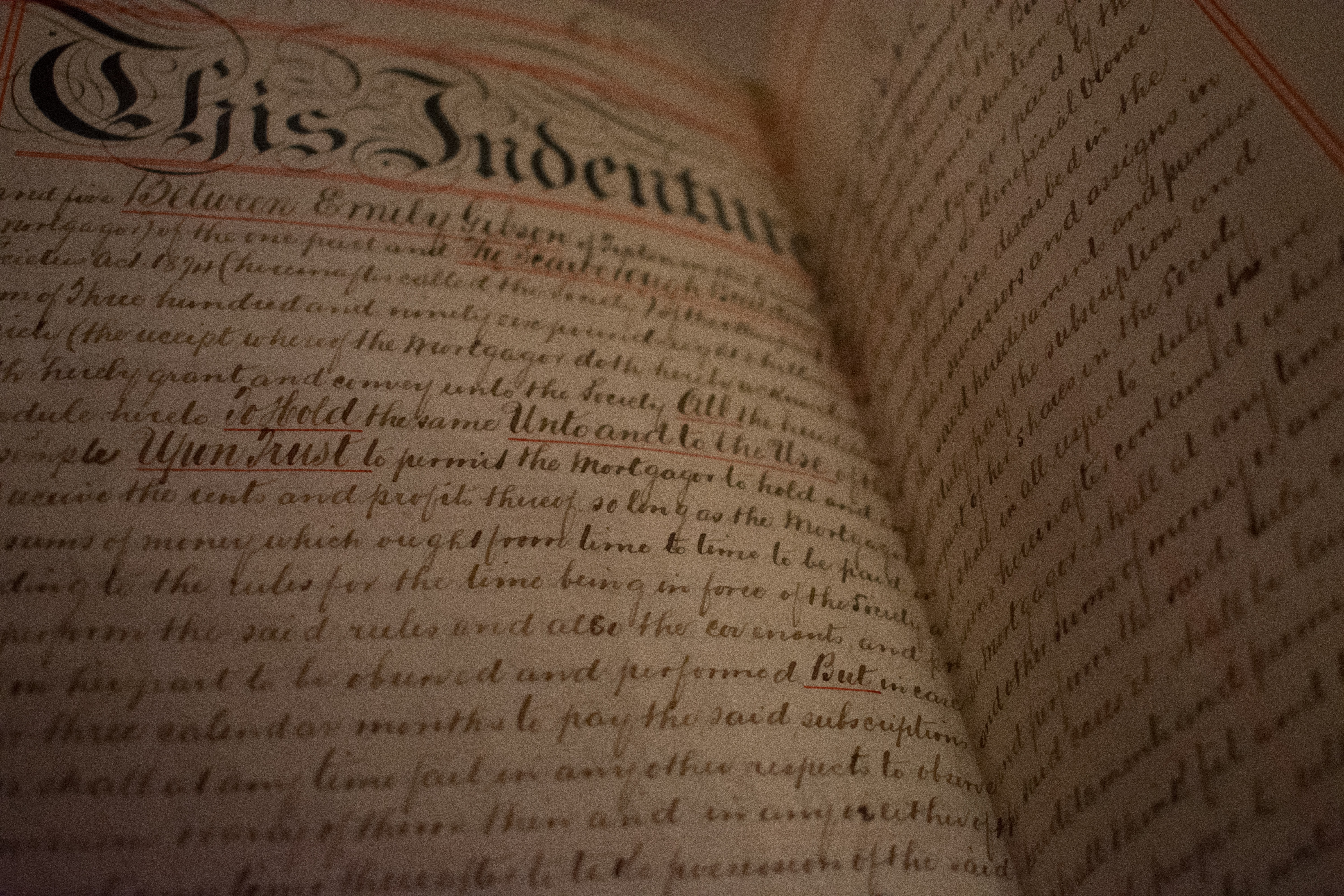 In this latest post in the Jupiter dev log series I want to speak about the software architecture of Jupiter. It’s a topic I’ve wanted to write about for a while actually, but somehow never got the will to do it. With the limited time, I have for working on this, writing a new feature always trumped writing about writing a new feature. But I’ve finally decided to bite the bullet and commit to something because I recently finished reading and reviewing Clean Architecture. It has made quite an impression on me and made me think in a new light about some of the design decisions I made with Jupiter. So this post will be equal parts presentation and critique. The project has also reached a respectable 15 KLOC of code, so it has enough heft that the discussion isn’t strictly academic, and might prove useful to other folks too!

I find the term “architecture” quite fluid. I’ve seen it mean everything from the choice of what patterns are used in the source code of a project, to building a system as a webapp, to using a microservices “architecture”. Clean Architecture focused a lot on “architecture in the small”: codebase level organization of classes within components and dependencies between components. But I liked the very general notion that “architecture is the important decisions” so I’ll cover the big decisions or cornerstones too.

Some of the choices I made will raise some eyebrows. They aren’t ones one would usually make for a product. They even seem both explicitly tailored at programmers and actively hostile to non-programmers. The underlying theme is that they made my life easier, and allowed Jupiter to quickly become usable and useful. Indeed, I started making use of it as my main tool as soon as a week after the git init was done. Had I went with a more traditional approach I would have statistically speaking never finished it and never used it. I’m happy with the outcome of these choices, but I realize they aren’t and cannot be final if I ever want user #2! Anyway, that’s about all for justification - take the choices as they are henceforth.

The first architecture cornerstone is that Jupiter is a self-hosted and locally operating CLI application. This means that a user (me) downloads a packaged and versioned release of the application and uses it locally to manage local data. I use Docker as packaging and releasing infrastructure, even if this sort of use-case isn’t its main one. Of course, Notion.so plays a big role as the nice user-interface. Jupiter interacts with Notion as a client which periodically checks to see if there’s something to be done. When I’ll add other integrations - with Google Calendar, Spotify, etc, the same interaction patterns will be followed. But for now, there isn’t an “always-on” component to Jupiter to act as a counterpart to these services. Rather a user’s install of Jupiter does something only as a result of the user asking it to!

The second architecture cornerstone is the use of text files as storage and reliance on git for persistence and cloud sync up. Storage itself - whether text files, or databases, or in the cloud, is an implementation detail in the end. Though it is a very visible one. But relying on mechanisms outside the control of the app for persistence and sync up is what essentially makes the app a “local” application rather than a “cloud” one.

The third architecture cornerstone is that the CLI application has a command-driven interface. It essentially presents a lot of commands to the user through which they do their work. Think git here. So there are commands like jupiter sync or jupiter smart-lists-create, etc. Jupiter is running only when such a command is invoked. If you run jupiter --help you’ll see a lot of commands. Suspiciously looking like a REST or RPC API even.

The fourth architecture cornerstone is that there are multiple ways of interacting with the system - the CLI and Notion. And they have separate storages, which need to be explicitly synchronized. Indeed, most of the interaction will occur through Notion. But any change made there won’t be seen by the local install. You need to run a jupiter sync command for that to happen. At first glance, this seems like simply a functional concern, but it does end up influencing several architectural aspects. From how code is organized to allow abstracting away the need for synchronization, to a focus on idempotence which permeates the codebase. I run the command about once a week, therefore the eventual consistency reconciliation window can get quite big!

This draws us down into the code for the first time. Commands imply a great deal of regularity in the way one interacts with the application - issue a command, wait for processing, observe results, repeat. And this indeed translates to the code. The app looks like any system for answering requests. Which in computer parlance we call a server! It’s not a web server like most things are these days. And it’s not always running like them. But it’s the same kind of thing in the end, and to a user it is transparent. As a historical aside - the first web applications were built with a server feature called CGI - which allowed it to invoke a binary on the same machine. Naturally, a new process was spawned for each request, much like we’re doing here

In the prehistory of the project, there was no code architecture to speak of. Or rather it was the venerable big ball of mud. The first-ever tagged commit v0.0.1 still had a lot of this. There were a bunch of files, all independent, all entry points, and with a very minimal structure around it.

But things have evolved quite a lot. And as of release v0.6.1 things look much different. For better or worse we have this component structure: 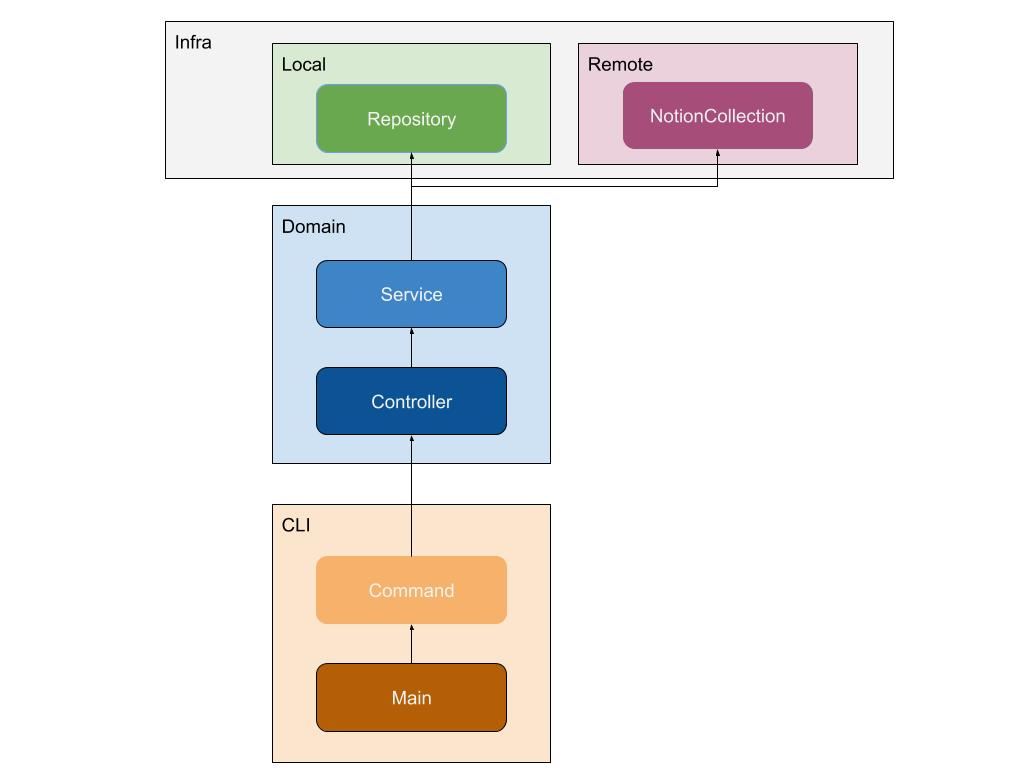 A listing of the source tree hints at this too, but it isn’t a 1:1 mapping with the above image.

I’ll go into a bit more details around what’s happening. There are three large components to the system, each split up into several sub-components.

When you invoke a command such as jupiter inbox-task-set-name --id 10 --name “Foo”, the following happens:

To wrap the previous section off, there are some unambiguously good things about how the system as it is currently organized.

It is “layered”, and each layer deals with a specific thing. The directories structure better represents these layers, but each layer also is a specific component. There are no cycles between the layers.

It has a notion of controllers which capture the use-cases of the application. The logic is shared with services, and it’s quite clear what the application is about and can do.

It uses dependency injection quite heavily. Not IoC though, as the flow of control still follows the flow of dependencies. Regardless, the src/jupiter.py looks like a regular modern web application’s setup code.

It isn’t tied too hard to the CLI app paradigm and can relatively easily be extended to any “request-handling” interaction mode.

Let’s look now at the component-level principles presented in the book, and how the current system stacks against them.

The release/reuse equivalence principle is weakly followed. The application is monolithic, hence we can’t speak of reuse, and releases happen for the whole thing. In a future in which we have multiple notions of clients, the controllers, services, and other parts can be packaged independently, and various clients (or servers) could make use of them. It is versioned, however, and it’s using semantic versioning.

The common closure principle is quite well followed, by virtue of separating things into layers. Big changes have tended to affect things across layers, but once the thing becomes more mature I’ll expect the bigger chunk of work to be localized to a layer.

The common reuse principle is quite well followed, by virtue of separating things into layers. Again, it’s not a situation of reuse we’re looking at so far. However, because dependencies flow from more abstract to more concrete, rather than the other way around, reuse will be tricky for certain situations if future improvements aren’t done.

The acyclic dependencies principle is quite well followed. There are no loops in the dependencies.

The stable dependencies principle is weakly followed. Business logic classes routinely depend on infrastructure level concerns, which tend to change for various reasons (Notion API changes, updates in storage, etc.). Where it’s most hurting is the dependence on data-types exported by these packages, but functionality tends to be neatly abstracted.

The stable abstractions principle is weakly followed. Abstractions aren’t well-reified in the code - there’s a lot of dependencies expressed in terms of concrete classes. Since this is Python it still allows for decent substitution if we wanted, even though the type-checker would complain.

In this section, let’s look at some architectural improvements which flow naturally from the previous discussion.

The biggest future improvements are around implementing more of the clean architecture as given in the book. This means at the minimum inverting the flow of dependencies. We can add a bunch of interfaces and types in the domain part, that the other more “concrete” components depend on and implement. src/jupiter.py can still wire them up well.

There are very few clear “Entities” encapsulating the clear and profound business logic. And that’s a shame because there are so many such concepts - from ids to schedules. I’d like to separate this sort of central logic and reify entities and what can be done with them better.

All of the major objects are somehow containers of objects and singletons. Even in the business logic layers, it’s all about “repositories” doing things rather than entities themselves doing the things. For example, a smart list item doesn’t get to add its own tag, rather the smart list service adds a tag to a smart list item entity. It’s all very “procedural”. I’d like to change this and move some of the logic to the entity classes themselves.

Controller/use-case logic is kind of thin, and I think some of it can be centralized there instead of “services”. Some better abstraction for syncing between Notion and local will be needed to avoid repetition and/or missing out on some cases.

Too much business-logic about Notion is embedded in the lower-level Infra/Remote subcomponent. It should offer a more flexible interface, which the Domain component uses to build the appropriate structures.

Changes tend to be quite vertical, from the smallest to the largest. I’d prefer it if only larger changes - those warranting a minor version bump - would be thus, and smaller changes would completely be isolated in a component.

This about wraps it. Hopefully, it’s been an interesting and useful read. I expect the doc to reflect the reality of the codebase for quite some time. But as with everything, the truthness of this document will slowly start to erode as I make improvements, extend functionality, and refactor the codebase. However, the major elements I expect to stay in place for a long-long time, and everything else to gradually move in the direction highlighted in the “to improve” sections of the doc.

Stay safe and see you next time!